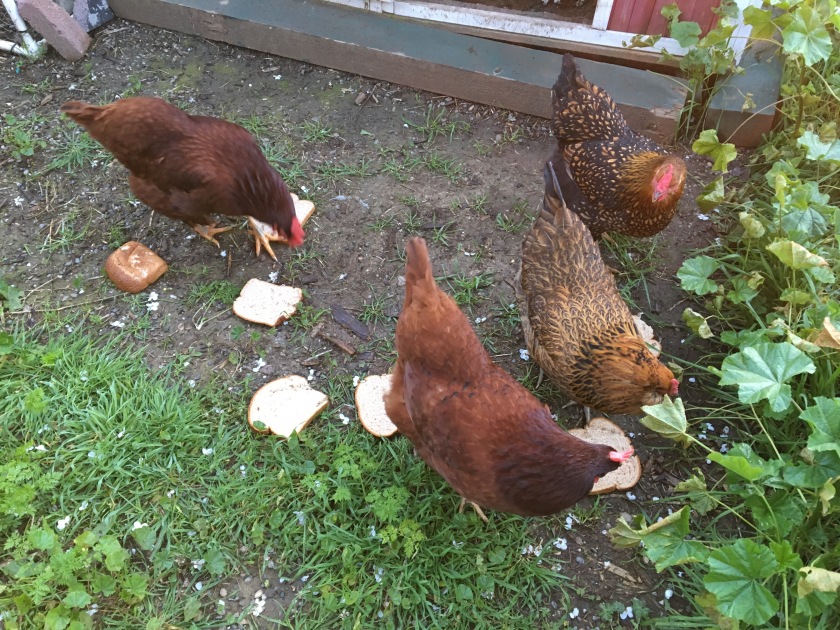 These are four of the thirteen chickens we were gifted when we first moved to the area over three years ago. This morning I gave them some old bread for breakfast, which they promptly abandoned in favor of fresh insects and crisp grass. Again, just felt like sharing. My partner nicknamed them the “cluck ups,” though I wish I could take the credit for it.

Have a beautiful humpday!